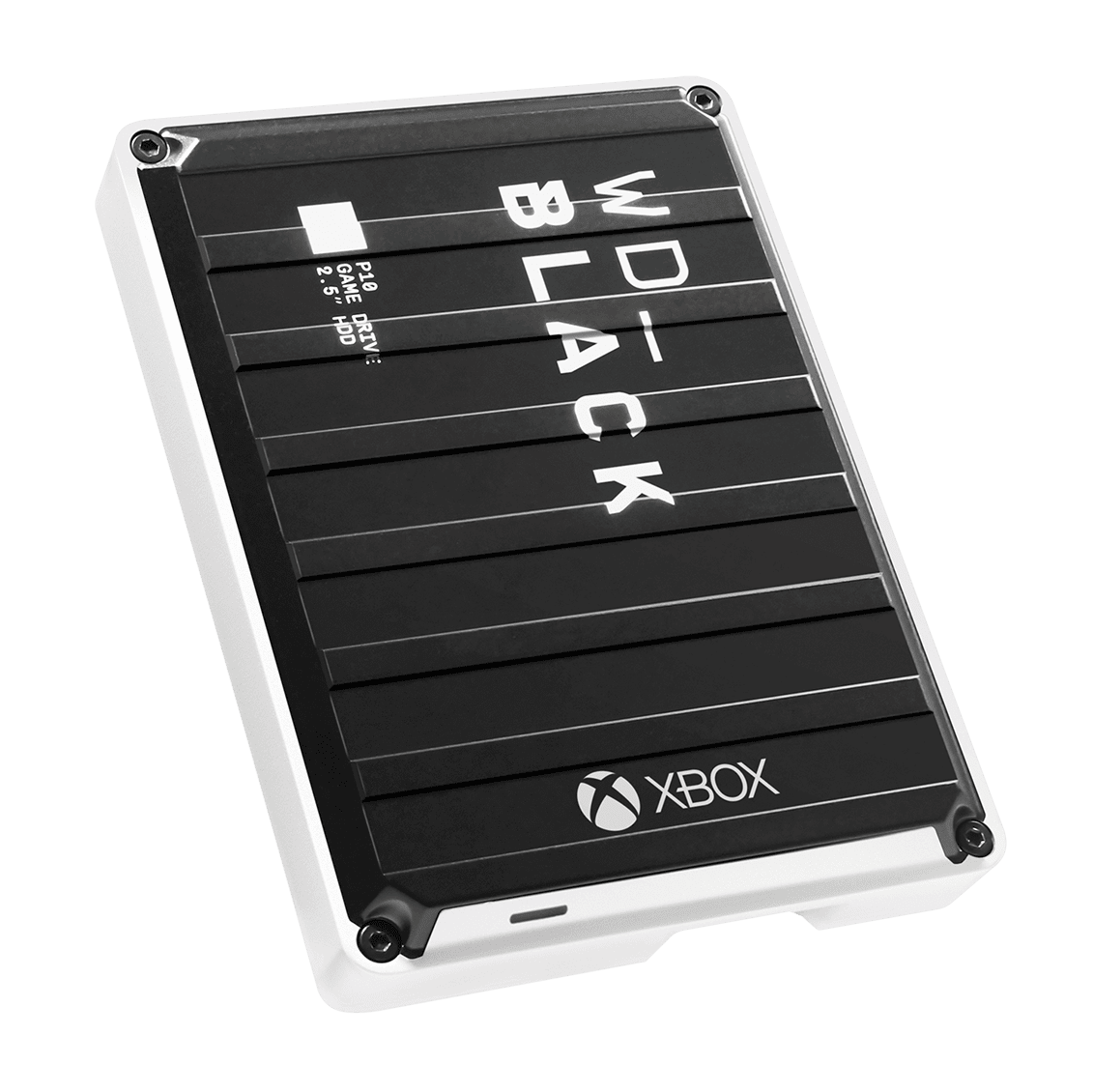 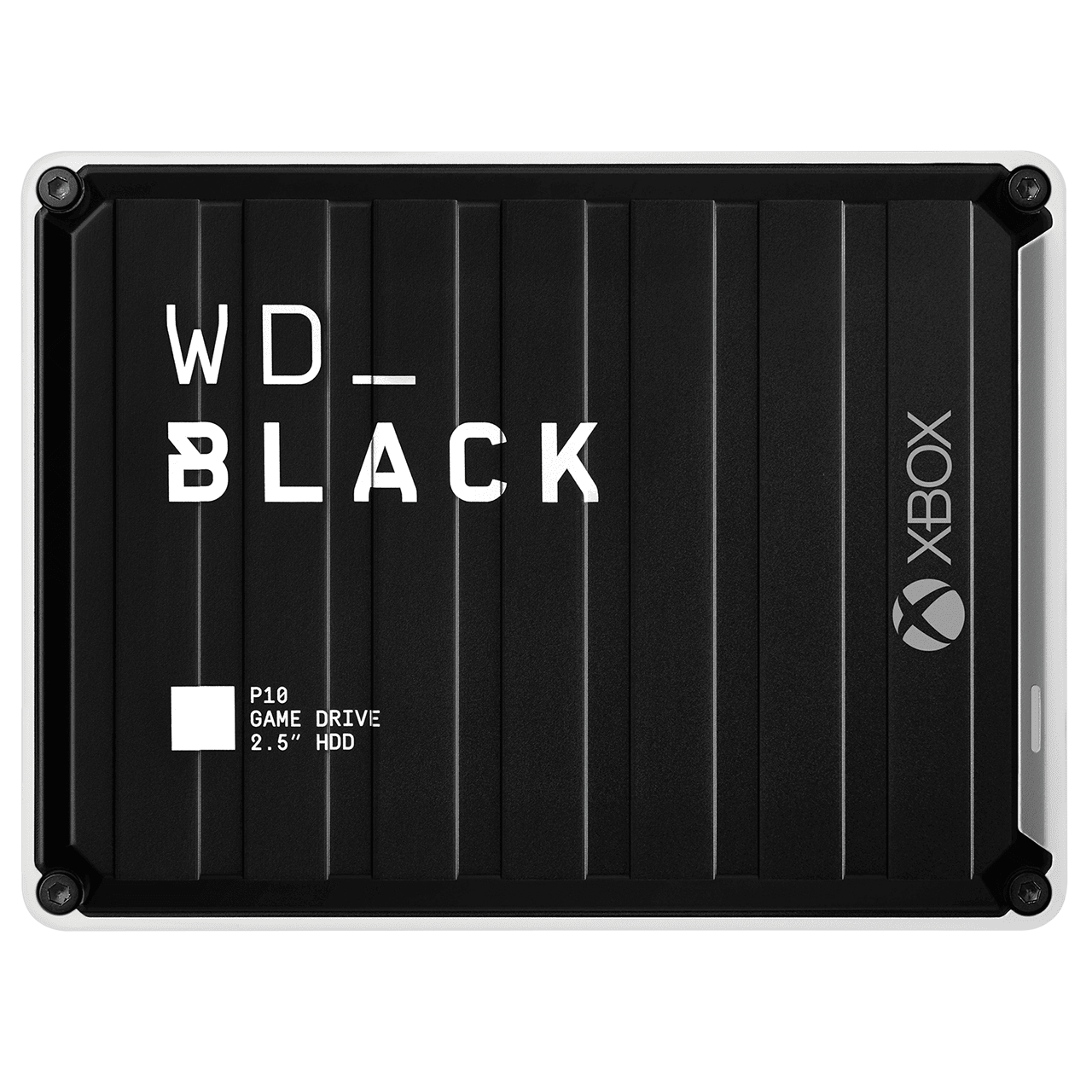 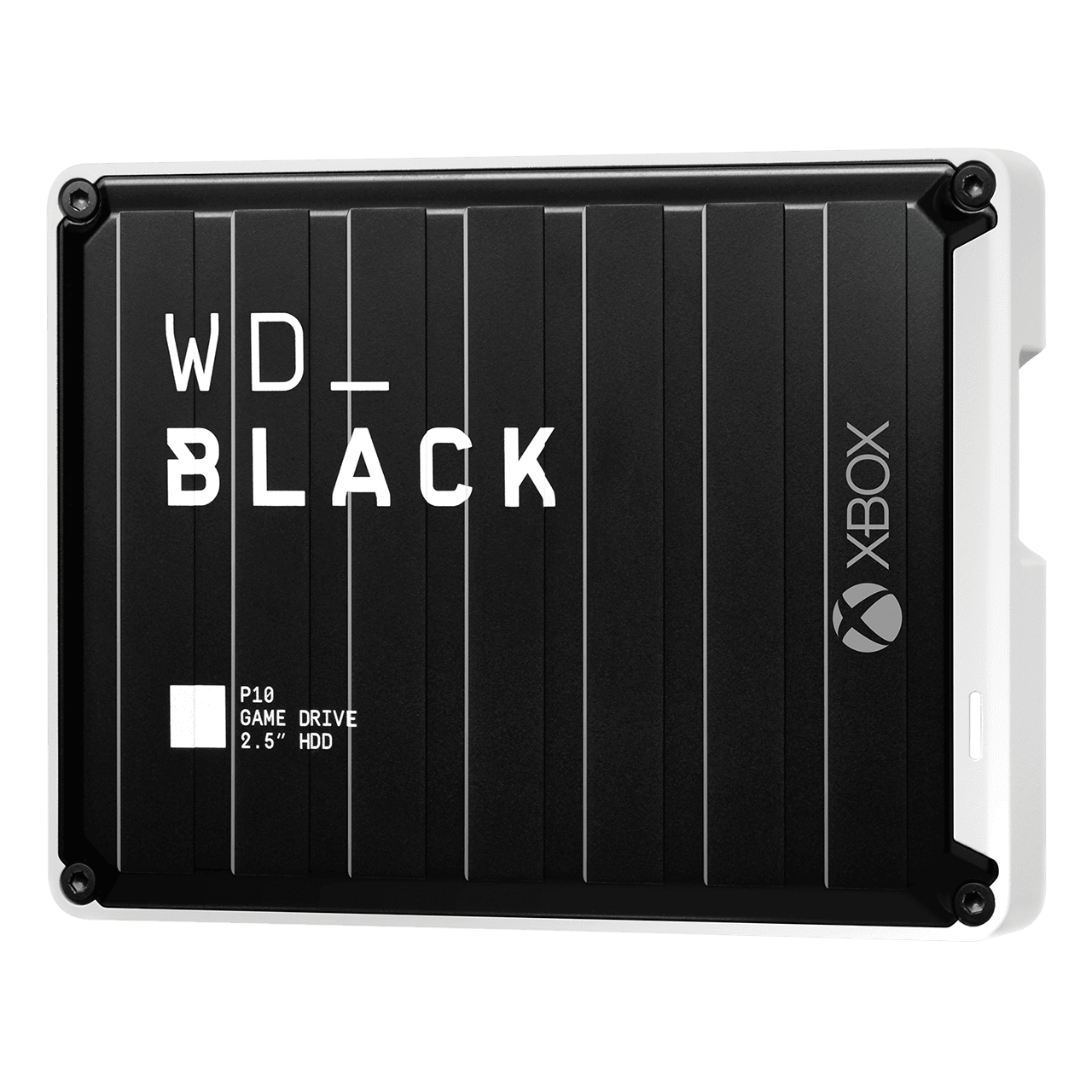 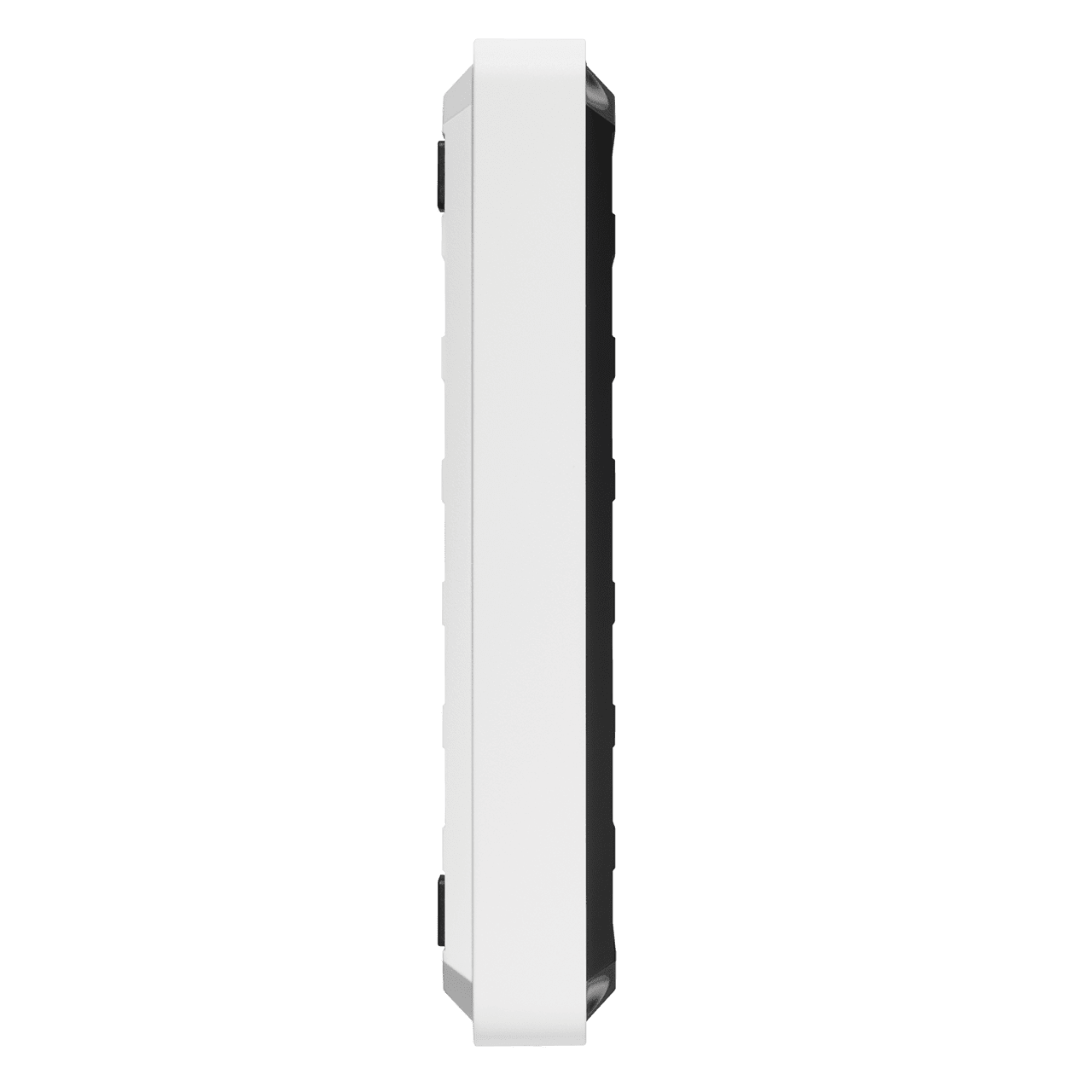 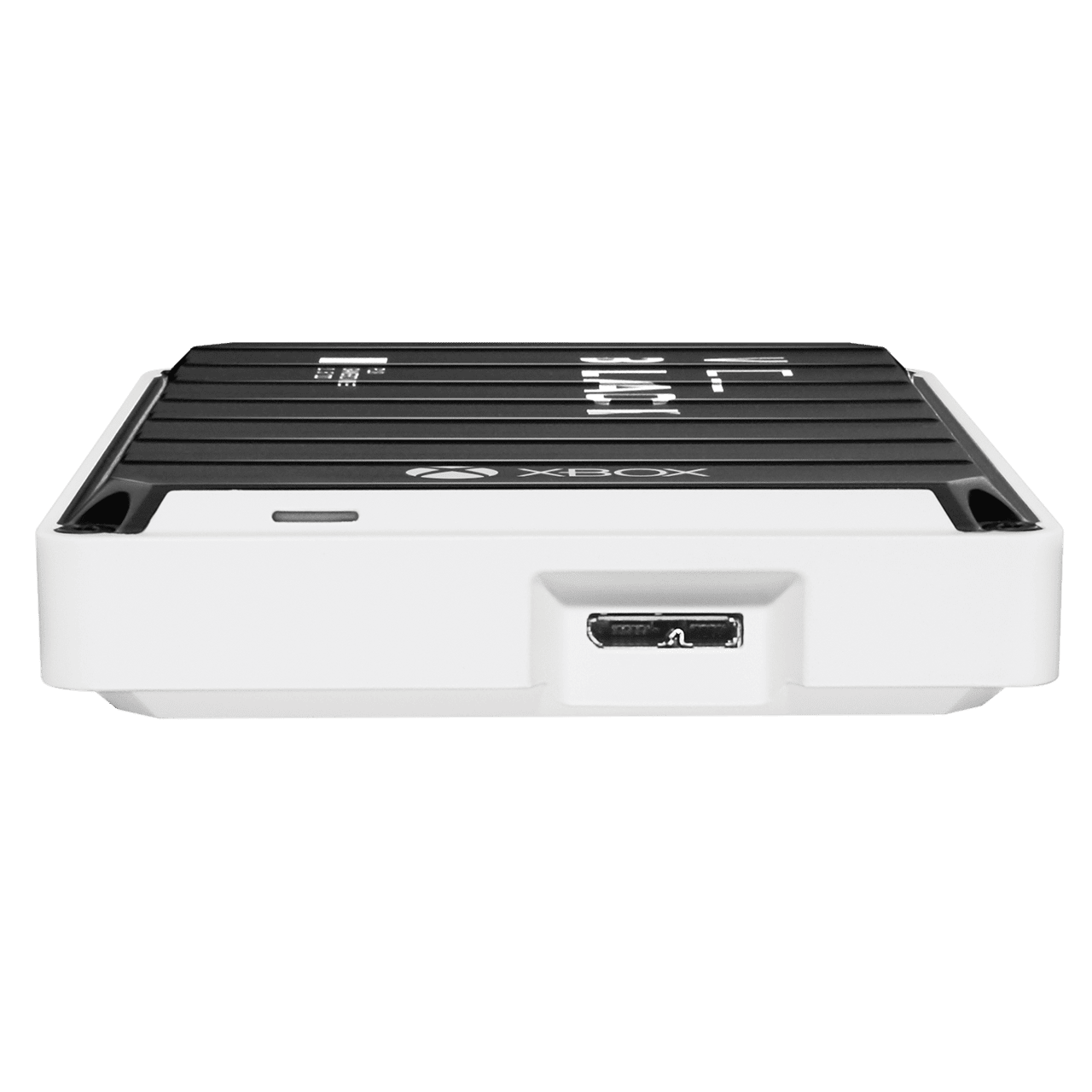 The WD_Black P10 Game Drive for Xbox is a top-tier external HDD built specifically for gamers looking to expand the potential of their Xbox. It's a portable form factor that comes in capacities up to 5TB1 to save up to 125 games2. Included with your purchase is a 1-month membership of Xbox Game Pass Ultimate, with access to 100+ games on consoles and PC, plus online console multiplayer.5

Expand Your Realm of Your Xbox One Storage

With up to 5TB1 of additional storage that can save up to 125 games3, the WD_Black P10 Game Drive for Xbox provides the space you need to grow your game library. Deleting old games to make room for new ones is a thing of the past. Included with your purchase is a 1-month membership of Xbox Game Pass Ultimate, with access to 100+ games on consoles and PC, plus online console multiplayer.5

Everything that goes into WD_Black devices are specifically designed to take your game further, no matter what you play. With speeds up to 130MB/s2 and up to 5TB1 of extra storage, the WD_Black P10 Game Drive for Xbox will push your console to new levels of performance, allowing you to drive your game and play without limits.

Our Legacy Lives On

Tried and true, gamers trust WD_Black with their lives (and saves). Our mission with WD_Black is simple: a brand dedicated to save and enhance your games. Offering dependability, optimized speed boosts, expansion, and a 3-year limited warranty, you can be certain that your WD_Black P10 Game Drive for Xbox will have your back as you quest for video game greatness.

Quickly get into the game, no matter where you are. The WD_Black Xbox One external hard drive’s portable and durable form factor gives you the ability to bring your Xbox game library with you wherever you go. Simply plug in, log on, and you're ready to play any game in your coveted collection4.

WD_Black is breaking the mold when it comes to premium storage expansion and performance. Purpose-built for gamers, the WD_Black P10 Game Drive for Xbox gives your Xbox the trusted, reliable performance boost it needs to perform at a high level, so you'll spend less time worrying about your hardware, and more time winning.


1 As used for storage capacity, one gigabyte (GB) = one billion bytes and one terabyte (TB) = one trillion bytes. Total accessible capacity varies depending on operating environment.
2 Based on read speed and internal testing. As used for transfer rate, megabyte per second (MB/s) = one million bytes per second. Performance will vary depending on your hardware and software components and configurations.
3 Number of games based on a 36GB average per game. The number of games will vary based on file size, formatting, other programs, and factors.
4 If game was purchased and loaded from disc, original discs may be required to verify ownership. Internet connection and a Xbox live account required.
5 1-Month trial offer of Xbox Game Pass Ultimate for new Xbox Game Pass members only. Limit: 1 per person/account. Available for a limited time. See product packaging for full details.
6 Store and play Xbox One games, archive Xbox Series X|S games. 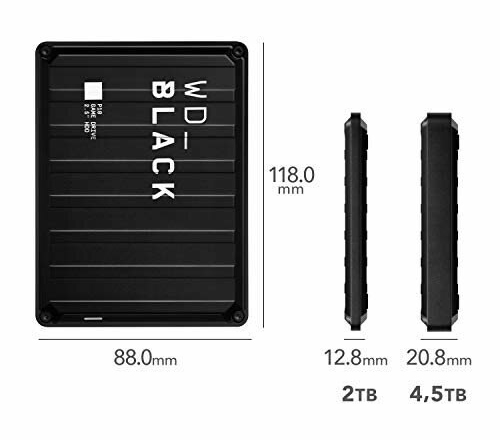